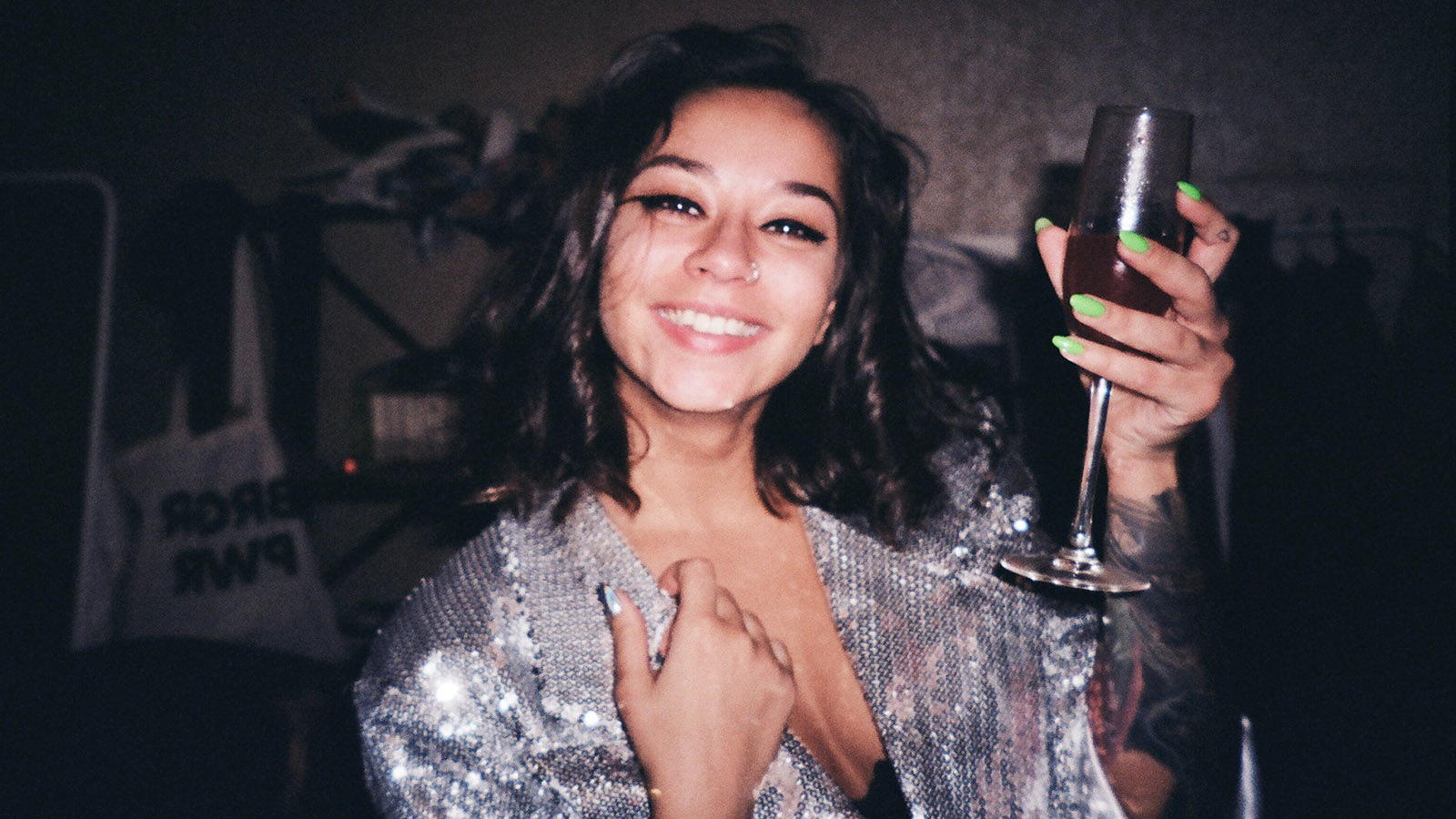 For four years, I was a regular at a swingers club, where I obtained some of my most meaningful life experiences. Today, I am aware of who I am, what I want, and what I do not desire.  And I learn a lot about love along the way.
Because there are so few of them, a solitary female swinger is referred to as a “unicorn” in the scene. In reality, the majority of swingers are couples. “Unicorn hunters” refer to couples that desire to play with a single female swinger.
How did I get to this conclusion? For four years, I was a unicorn myself, and I learned a lot about relationships, both inside and outside the bed. But, more significantly, I learn a lot about myself, about what I want and don't want, throughout that period.

I first attended a swingers club when I was 23 years old.

A school buddy of mine found a swingers club in the heart of Cleveland, Ohio, when I was 23 years old. Neither of us could resist getting a glimpse of something that was such a stark contrast to who we had always been: decent girls.

We looked over the so-called lifestyle guidelines while waiting for our e-passes after both registering online for a year's membership (single ladies paid ten dollars, while males paid $75).

Drugs were strictly forbidden, although members were permitted to bring their own drink into the club. So everyone could simply hand over their drink of choice to the bartender, and the club would take care of the rest.

My favorite beverages were champagne and Red Bull back in the summer of 2008, so my girlfriend and I drank a few of “champagne cocktails” before coming to the center.

The swingers club itself was a bit of a letdown.

We were fully hyped up on post-pubescent sentiments of defiance and intoxicated boldness by the time we got to the club. We went to look around after leaving a bottle with André, the bartender.

The atmosphere was uninteresting. A bar, a dancing floor, a lounge with surprisingly comfy canapés, and a few private rooms along a dimly lighted corridor were among the amenities.

It had little to do with my thoughts, which were based on romance books and raunchy erotica films. We went expecting to see a quagmire of wickedness, but instead saw average folks at a typical bar.

When it comes to swinging, there are several ground rules that everyone should adhere to.

We decided to take a closer look at the private rooms after a little dancing and a few more drinks. Nothing occurs without permission at reputable sex clubs, and there are standards in place to ensure that everyone is comfortable and secure.

A private gathering, for example, is indicated by a closed door. You may come in and see whether the door is open or ajar. If you like what you see, you may ask if you can join the couple or group. Regardless of the response, it should not be questioned. That night, my companion and I had no desire to participate in anything. All we wanted to do was watch.

When we returned to the pub, a middle-aged lady was dancing in nothing but a bodystocking, a skin-tight one-piece made of fishnet. Through the fishnet fabric, she urged the guys to pinch her nipples and caress her body. I was enthralled.

The lady was clearly 20 years my senior, with a flaw in her physique and a shaky sense of rhythm, yet she danced there alone and confidently. In a sense, her sexuality was hers in a manner that I yearned for.

I was incredibly excited to test the Sybian, which is a sex toy.

Following that night, I visited the swinger club's events website on a frequent basis. I talked myself out of going back there every time for over five months. I was tempted to go to a dungeon night or a Day-Glo party, but I managed to keep my cool.

I would never have been able to afford a gadget like the Sybian for $1500 unless I had had an unexpected windfall. This was certainly a once-in-a-lifetime chance. I needed to return to the club. I was on my own this time.

Outside the room, a queue of ladies waited to test out the Sybian. There's also a group of males watching. I was near enough to see the ladies laughing and having a good time. In excitement, their faces distorted. One of the women was sobbing. They seemed to be so liberated.

While the others were watching me having sex, I couldn't relax.

It was finally my time. The Sybian had been cleansed and a new condom had been placed over it, ready for me to use. The lubrication was provided to me by the machine's operator.

I winked and added, “I don't need any.” I was attempting to impress the audience.

Here's a hint: If someone gives you lubrication, you should always say yes.

A guy on my left approached me and asked if he may play with my breasts. Yes, I said. It was enjoyable, similar to the Sybian, but it did not knock me out. I wasn't having the time of my life; I was much too intellectual, and the prospect of climax vanished as quickly as the sun set below the horizon.

But I'd been in line for about an hour, and all around me were all these guys, thrilled and anticipating my delight.

I pretended to have an orgasm, not understanding how much I was disappointing myself.

While my personal life was spiraling out of control, I returned to the swingers club on a regular basis.
I went back once or twice a month, aiming to experience a proper orgasm at the club. During that period, I met the following people:

During intercourse, the man only used technical jargon. “Do you want me to kiss your lovely brown anus?” he asks. “Um, no,” I say. The man who was always apologizing for slavery. Awkward. The very good-looking man who never tried too hard. (We also met twice outside the club.) “Three strive to reign,” I say.)

I could never relax enough to come, no matter how hard I tried. Don't get me wrong: I think it's great. As much as the act itself, I adored the sex I was having, the kisses, and the skin touch. It wasn't that I wasn't having orgasms, it was simply that I wasn't experiencing them.

Then, in October 2008, I was arrested for driving while intoxicated. (I had vomited up on the officer, admittedly.) I'd been drinking tequila with the bartender all evening and was attempting to get into bed.

While things at work were going swimmingly, my personal life was spinning out of control. As a result, I chose to bury my anxieties in anonymous sex. But the more I went partying and slept with various strangers, the less I loved myself. My life was everything but wonderful, even if I was a unicorn.

In a sex club, there is magic.

Don't get me wrong: there's something magical about a sex club, particularly when two people can honestly love swinging. This happened to me once, when I met a couple in the summer of 2011.

I'd grown very skilled at inducing orgasm in ladies by that point. Something about female orgasm makes you feel like you've done something significant. With males, you simply don't get that sense.

That couple enjoyed having sex with ladies. Up until that point, the majority of the couples I'd been with had been heterosexual guys with voyeuristic inclinations. This pair, on the other hand, seemed to desire me equally, which was a strange sensation.

When the wife had an orgasm, I was having sex with the husband. She sat up straight, her gaze fixed on her husband, while I caressed her skilfully. “You are very gorgeous, baby,” he agreed.

She said, “I adore you!” I was simply… there as they had this profoundly private moment. The voyeur was me. I was still the third wheel since he was within me. I returned home and sobbed.

I felt as though I had earned it.

I should've stopped at that point, but anonymous, unsatisfactory sex had become my go-to addiction. The sex on my breath didn't creep out of my pores, and no one in the chapel could smell it. I wasn't causing any serious harm to anybody with it, just to myself.

This continued on for a long time until I had hard sex with two guys one night. The following day, I was bruised and aching, but a part of me thought I had received what I deserved.

I finally confessed to my therapist that I had been sleeping with strangers. She said, “Is the sex good?” With a shake of my head, I expressed my dissatisfaction with the situation. “Then why are you doing it?” says the narrator. I didn't know what to say to her. I decided to wait till I found out before having sex.

The issue wasn't with the sex club, but with me.

I finally grasped the extent of my trust difficulties. Sex was merely the most recent in a long line of opiates I'd used to satiate my need for unconditional affection. It wasn't the club that was the issue; it was me.

The bulk of the singles and couples I met there go to clubs to explore their sexuality in a non-judgmental and friendly setting. They want to increase their closeness with their lover or enjoy unrestricted sex.

The majority of those there were at the right place at the right time for the right reasons, and sex clubs can be incredibly inspiring in that environment. But I wasn't in the majority. I felt miserable and vulnerable on the inside. I went to the sex club to escape the closeness of a relationship. Because I could hardly bear myself, I didn't believe anybody would want to be around me for long.

Now that I think about it, I realize I was seeking something I should have developed myself. The dancing lady in the bodystocking and the pair whose closeness moved me to tears both recognized what I eventually realized: unconditional self-love offers the assurance to live out one's freedom, sexual or otherwise.